Even after putting in hours at the gym, sometimes there are areas that just don’t respond to diet and exercise. Now there’s a solution to address those stubborn pockets of fat that doesn’t involve going under the knife! Coolsculpting is a non-invasive body sculpting treatment that reduces fat in almost any area of the body. With CoolSculpting, you can finally see the body that you’ve been working towards when you look in the mirror. Feeling and looking better is so close with CoolSculpting fat reduction which is sure to be the treatment you’ve been looking for.

During treatment the fat cells become crystallized (frozen) and then die. Over time, your body will naturally process the fat and eliminate these dead fat cells for good.​

The CoolSculpting system is the only controlled cooling device with built in sensors to detect when your skin's temperature is too cold causing it to shut down.

With more than 4 million treatments performed worldwide and over 70 scientific and clinical journals, CoolSculpting is the number one proven, safe, and effective non-surgical fat reduction treatment, with solid scientific evidence and 95% satisfaction.

The Cool benefits of this non-invasive procedure are: 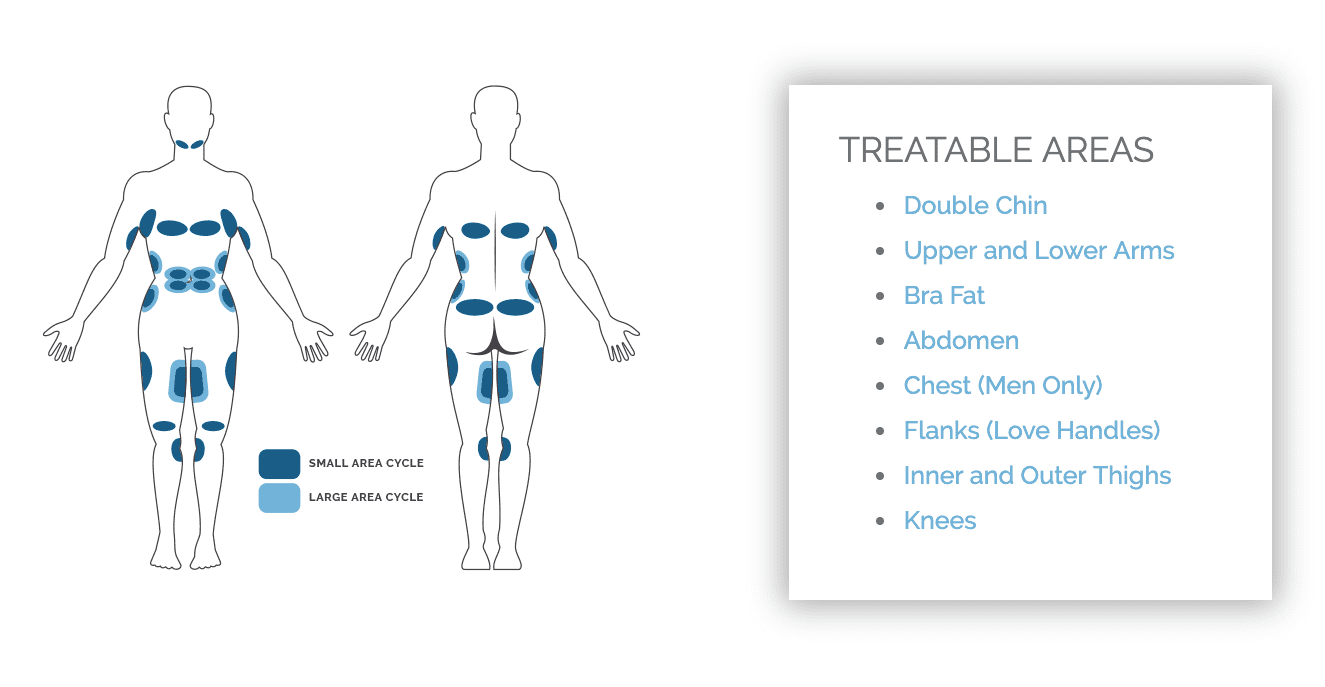 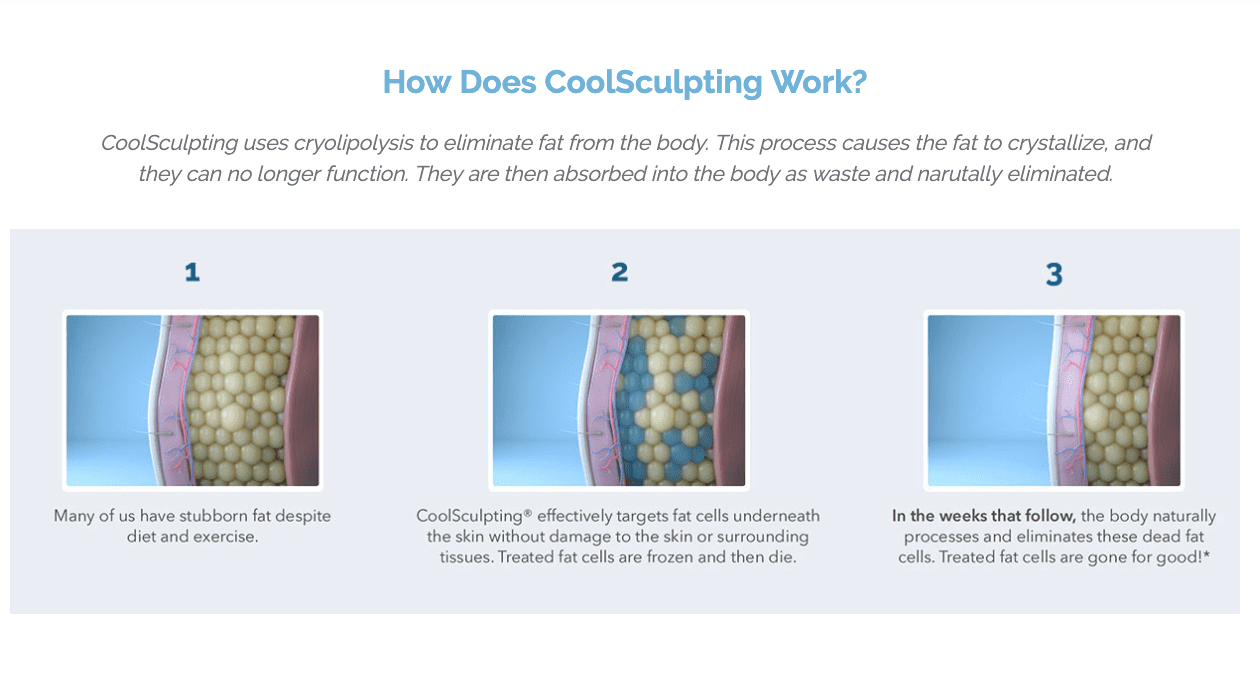